All About Hybrid Cars | Dick Hannah Dealerships | Portland, OR 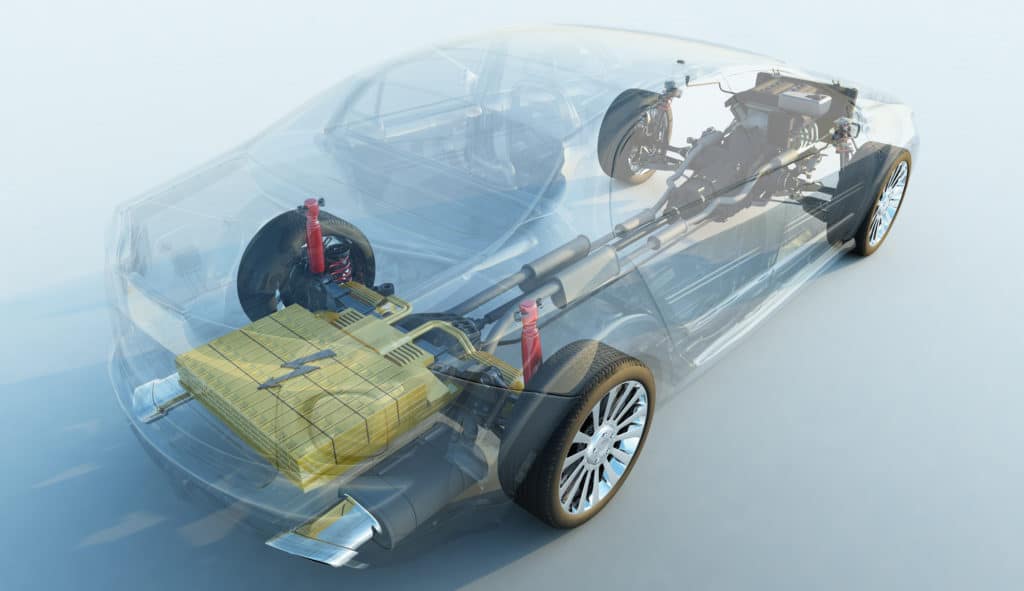 When you slow down or use the brakes in your car, the braking system creates electricity that is then stored in the battery to be used by the motor later.

While the engine does most of the work, the electric motor assists in accelerating, passing, and hill-climbing.

When you stop your car, such as in stop-and-go traffic or at a stoplight, the engine automatically turns off until you press the accelerator again. The purpose of this is to reduce the energy waste associated with idling.

Like any other car part, the lifespan of a hybrid battery can vary depending on many factors, including the make, model, mileage, and more. Most car makers report that hybrid car batteries last the life of the vehicle but, again, that depends on the make and model. Research suggests batteries in Toyota hybrid vehicles can run problem-free for around 180,000 miles, while batteries in Honda hybrids are designed to last at least 10 years.  Most batteries for hybrid vehicles come with an eight-year or 100,000-mile warranty so if the battery dies too soon, it is most likely covered for a replacement.

Since a hybrid car is sometimes powered by electricity, it runs cleaners and gets better gas mileage than a car that solely relies on gasoline. Additionally, with less fuel required to run, hybrids have less emission output and less dependence on fossil fuels. Overall, driving a hybrid is better for the earth than a standard vehicle.

When your hybrid car is using less fuel and giving you better gas mileage, you save money by not having to fill your tank as often. Due to their “green” nature, hybrid cars are also supported by tax credits and incentives, making them more affordable in the long-run.

Since hybrids typically cost a bit more upfront, it makes sense that the resale value would be more than a standard vehicle. If down the road, you want to sell or trade-in your hybrid car for a newer model, you should get a better price for it than a regular car.

Dick Hannah Dealerships sells new and used hybrid vehicles to suit all your driving needs at locations in Vancouver, Washington and Portland, Oregon. Visit one of our dealerships today or browse our inventory online to see what we have in stock. For the nicest car-shopping experience around, choose Dick Hannah Dealerships. Exceptional Used Cars in Vancouver, Washington Are you looking for the best-used cars for sale in Portland and Vancouver? Dick Hannah Dealerships is the place for you. From used vehicles or excellent trade-in options, our signature ambition is to help our customers have the “nicest car-buying experience around.” Browse through our used cars online or visit one of our dealerships …

END_OF_DOCUMENT_TOKEN_TO_BE_REPLACED All About Hybrid Cars  Hybrid cars are not a new idea. Would you believe, such technology has been around for over a century! However, it wasn’t until the mid-90s that the trend became more popular and has continued to change and innovate the auto industry. Even as hybrid cars become more prevalent, many consumers aren’t exactly clear about how they …

END_OF_DOCUMENT_TOKEN_TO_BE_REPLACED What Kind of Car Should I Buy?

What Kind of Car Should I Buy?  When it’s time to buy a new car, it’s easy to be overwhelmed by the hundreds of options out there, whether you’re buying your first or your tenth vehicle. The “What Car Should I Buy?” quiz you took was fun, objectively assigning a car based on your personality. But while personality plays a …

END_OF_DOCUMENT_TOKEN_TO_BE_REPLACED

The 2020 Volkswagen Jetta The Jetta has been trusted VW fan favorite for years. There are many reasons the Jetta has been the number one foreign car sold in the U.S. for a great while. This classic sedan keeps getting better each model year and while it has been given a recent facelift, it still has the heart of the …